The Mort Report: Skateboards, Swimming and Searching the haybales 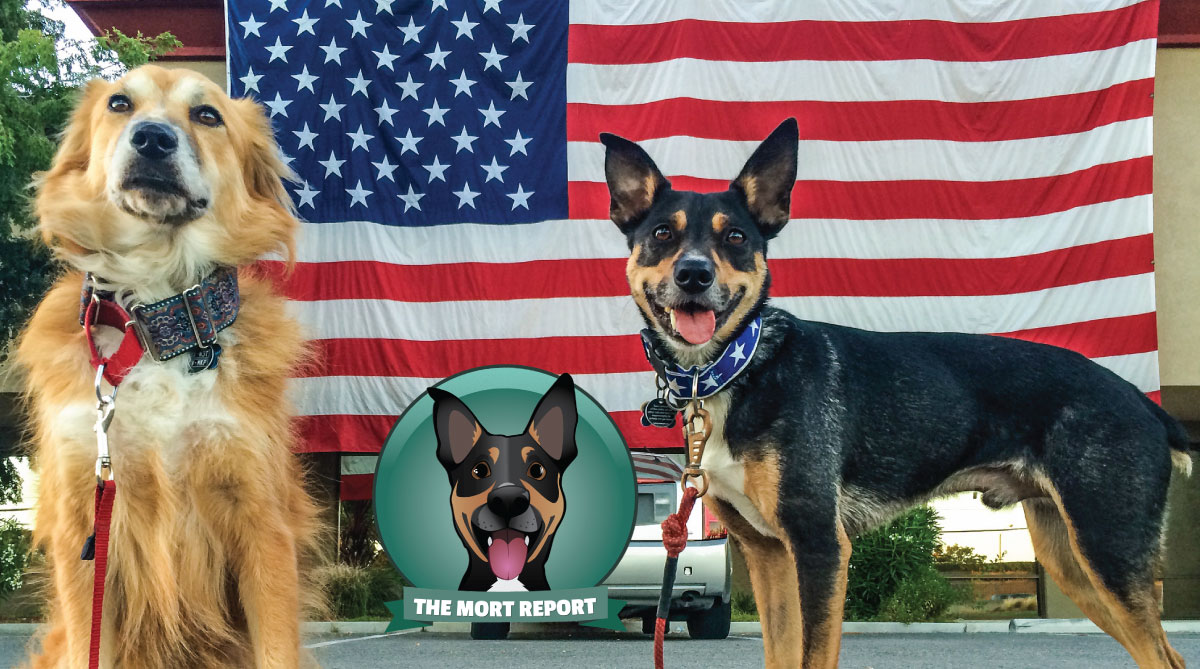 Skateboards: I gots one!

This weekend was a particularly good one. It started out with fireworks, but I don’t care about those. I guess I’m a lucky dog because the other dog seems a bit concerned about them. I don’t know why. But the girl bought me a present, and I love things that come home in the car! This one was all for me!

But check out how excited I was when it first came home!

Me checking it out!

Swimming: I don’t swim so good in blue water but I tried

The next day the girl and the boy drove me out to a place called “Dock Diving”. I whined for most of the ride there becuase I knew it was going to be GOOD. They put my toyz in the car and both of us dogs in the tube, and that always means a good thing will happen when we get out. So I thought I’d remind them to drive fast for an hour. I think they were so happy I was reminding them to get to the fun place fast! (Editors note: No, no we were not happy about the whining. At all.)

So we gots out and guess what! It was a new place entirely! This new place had my dog friend Vader at it too. There was a huge lake-like thing my girl calls a Dock Diving and my toys went into it, and the girl thought I should go into it to fetch the toys.

Yeah, it was this. That dog is NOT me. In fact, there are no pictures of me doing this because… I didn’t really do it like the other dogs. The water is not like the lake place at all! It’s clear and I can see it’s so DEEP!

The girl helped me, and so did another man I did not know. I barked at him a little to tell him I was a bit concerned about his hat and sunglasses, but he was OK and pushed my bum into the water. And I swimmed without my swimmy vest even! I got the ball, and I got up a ramp and out of the pool!

The girl made me do this a few times, and then we just watched the other dogs and played some agility. I did the teeter, no problem, and I never dids a big teeter before ever! The girl made a big smile at me!

Searching: I dids a “Barn Hunt”

The next day the girl took me back to that place, and oh boy was it exciting. We played with the toys and I saw my dog friend Ninja! Ninja is a border collie and we’re both FAST. Maybe Ninja is even faster than me, I loves Ninja.

The girl took me into a spot where I had to pick a tube with a rat inside. They think they hide them in the tubes, but oh boy it didn’t fool me. I went right to the one and my eyes went big and I started digging at the tube telling the girl ITS HERE! ITS IN HERE! The girl said RAT and everyone was happy with us. So happy with us! I was such a smart boy.

So then we did it again later, and it was harder. Well, for the girl. So now I had to go under these big squares of hay, and over hay, and around hay. The girl pointed to places and I went to them. Then I found the rat! I dug my nose into the hay, and I sniffed at it. I even made a hole to the rat using my nose poking at the hay. I looked at her, but my girl didn’t say RAT! So I thought I’d just go look at other things, and then we stopped. A lady took us back to the rat and showed the girl, just like I did! The girl slapped her forehead and called herself a “handler error.” I don’t knows what that means. But she said I was such a good boy when we looked at the rat again, and everyone was so happy.

I just don’t know why the rat has to be in his rat house! I wish the rat would come out to play.

Then we went home. The boy and the girl think I should be tired, but I’m not. I’m never tired. I just wait for the next adventure! Find out my next adventure in next week’s The Mort Report.

Join me here each week for The Mort Report
Each week my Mort Report is on DOGthusiast.com. But I’m also on the Twitterz! Follow me on Twitter for Mort Report snippets all week at @MyMortReport. I even have a Facebooks but not many friendz! Will you be my friend there?

This Blog Hop is brought to you by Alfie’s Blog, Snoopy’s Dog Blog, and My Brown Newfies.