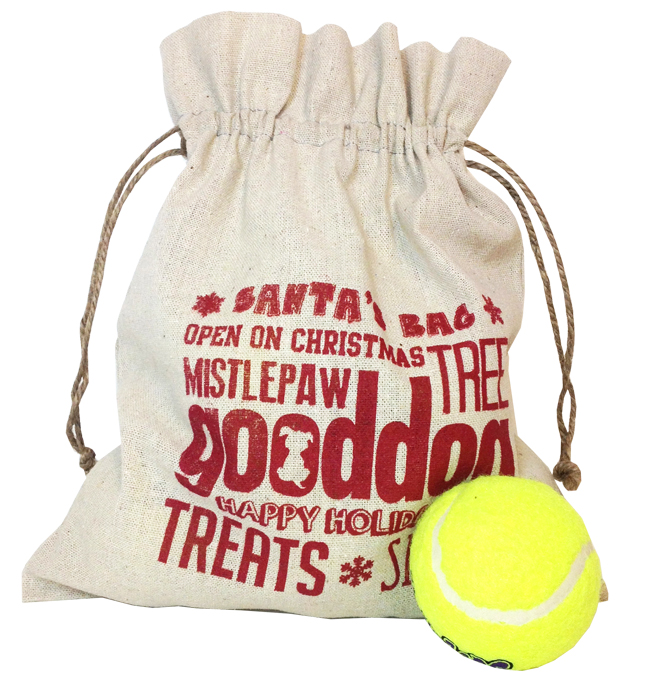 Our dogs have enjoyed a number of treats and toys from SitStay in the past. When we had the opportunity to choose something from the SitStay Gift Guide (more below! plus a special coupon), one thing popped out immediately. A bag of balls. For a ball-obsessed dog (who lives for sports like flyball) Mort, it was the perfect gift. Squeakers galore!

I’m pretty convinced that dogs often know exactly when a box arrives for them. There is always interest in things that arrive at our door (and running a small pet business myself, we often have things arrive at the door!) But when it contains food or toys, they know. Immediately. And are not satisfied until the toy or treat is revealed. Without further ado…

Being so obsessed by Kong squeaker balls, he did seem to know what was in the box when it arrived (and that it was for him). He even tried to eat his way in: Once open, he rummaged around – found his prize – and took off with it. I tried to get a nice photo of the present, but he had other plans. And now for a bit of fun. I opened the bag of Kong Squeaker balls in front of the camera, and it blew Mort’s dog brain. It even got Tig interested! (This is obviously sped up)

But even if your dog doesn’t melt for squeaker balls, there are a bunch of other items in the Gift Guide, such as treats and stuffed toys. It’s hard to imagine not finding something there for a dog in your life. Check out a few of the items below. First from the Gifts Under $10 (both of these are $9): 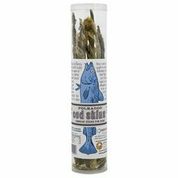 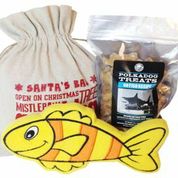 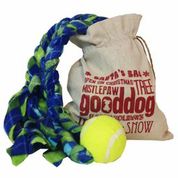 And mad props to the packaging designer on this item found in the Under $20 list – absolutely LOVE the dog in a holiday sweater (collectible canister containing treats): 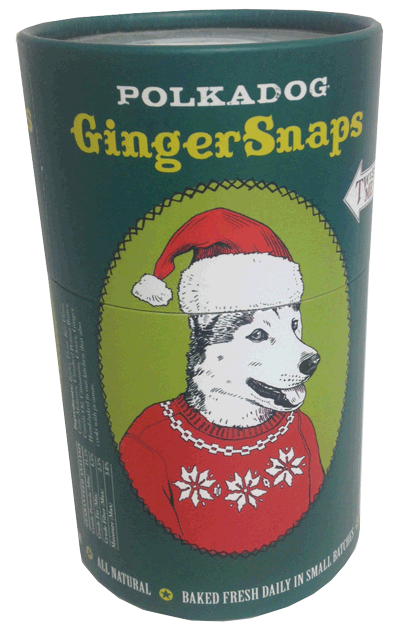 Check out the entire Gift Guide here.SitStay is offering readers an extra 15% off! Use the code ENJOY15 at checkout.

SitStay focuses on finding great, enriching, healthful products for pets, and deliver them to your doorstep quickly. They have been doing this since 1996, as one of the first pet product websites. You can check them out on Twitter and Facebook too.

Note: I have written this post on behalf of BlogPaws Pet Blogger Network for SitStay. I am being compensated for helping spread the word about SitStay, but DOGthusiast.com only shares information we feel is relevant to our readers.

And a few more bonus photos of one happy dog